The world has lost its greatest hero. A hero who was the protector of the entire planet. The meaning of the symbol emblazoned on that lost hero’s chest-hope. And in losing this hero the world has lost hope.

With Superman gone, violence, acts of war, and terrorism are all on the rise.

Bruce Wayne (Batman) and Diana Prince (Wonder Woman) are all that are left, and although stronger, smarter, and more resourceful than the average man (or woman), they are not enough to stop the impending doom that threatens the world-The Parademon Invasion. These dark thoughts of the world’s demise, which have been filling Bruce Wayne’s dreams of late, is a premonition to this invasion. He knows that Batman and Wonder Woman alone will not be enough light to drown out the dark that will engulf the world.

Bruce Wayne reaches out to others who possess extra-ordinary capabilities, asking them to join him and Wonder Woman, and risk their lives to help stave off the threat to mankind. But some are reluctant to join forces.

“The strong man is the strongest alone. Ever heard that?”-Aquaman
“That’s not a saying. That’s the opposite of what the saying is.”-Bruce Wayne

Bruce Wayne eventually persuades these the other three heroes-Flash, Aquaman, and Cyborg to unite with him and Wonder Woman, making them understand that if the five of them don’t join forces the world is done as they know it. 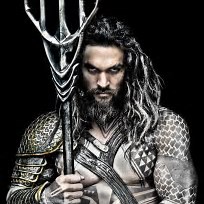 “Divided we are not enough.” –Bruce Wayne

With each part, each hero, finding his/her place in the fight, they learn how to complement each other. They learn what it is to become a team, a unit, and how to rely on one another, making the whole greater than the sum of the parts. The five of them become the Justice League. The Justice League becoming something the world is desperate of: HOPE.

Hope is something we all need. It gets us through our darkest times and not unlike Bruce and Diana we don’t always have a Superman, we don’t always have hope. But if we learn to lean on friends and family in our dark times, we often find that with their help we can tackle our most difficult trials and tribulations.

Sometimes it doesn’t do you any good to be The Lone Vigilante. The Caped Crusader. The Batman. Sometimes you need to be Bruce Wayne, and in order to find your Superman, in order to find hope, you have to reach out to others. So, I encourage you to look to your own little cadre of super friends to be there when the darkness is encroaching upon your world. Unite with them and become your own Justice League. That’s one way you can rediscover hope.