From my first impression of Logan I observed a tired and weary world. Things have progressed since the last time we have seen Dr. Xavier, Wolverine and the world where humans and mutants co-habitate. Technology has progressed, but the mutants are all but extinct. Oddly, humans have become a distant colder species. 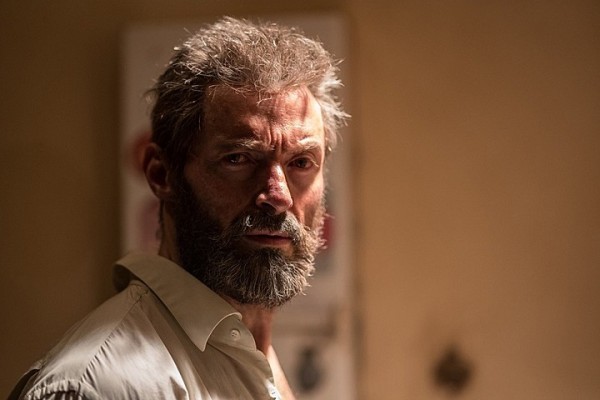 Logan is tired. His own body has become a living tomb and time is running out. He is deeply worn around the edges in his mind, soul, and character. It really was sad and painful to see him arouse the Wolverine within, but bear new unhealing scars from each encounter.  Yet, a deeper scar runs through his mind as well. Logan has seen the untimely end of the mutant race first hand. The question that haunts him is if God made a mistake in creating mutants. Maybe this fatal blow was His way of correcting this. So, as he rises to another exhausting day dragging his stiff leg behind him, Logan faces an equally fraying world on the edge. Rust, sweat, medication, liquor, and wide open spaces can’t silence the voices of the past. We all sign watching Logan stumble into the unforeseen future. However, a new spark of life enters his darkened life. Laura is a mysterious girl who is starting to understand her role in this age. Logan with the urging of the equally aging Dr. Charles Xavier, begins a quest to find out if mutants really get a second chance.

There are times we all wonder how much more this world can take. There are times that doubt makes you question question if God does make mistakes. I believe nothing happens, good or ill, unless it has a Divine purpose. Life has struggles and imperfections, but He can turn them into great opportunities.  As believers we are called to keep faith even as the world cracks and crumbles around us. Those of us who are older believers are responsible to mentor and pass the torch on to those who are running behind us. How many Laura’s are out there who are beginning their journey as we end ours?