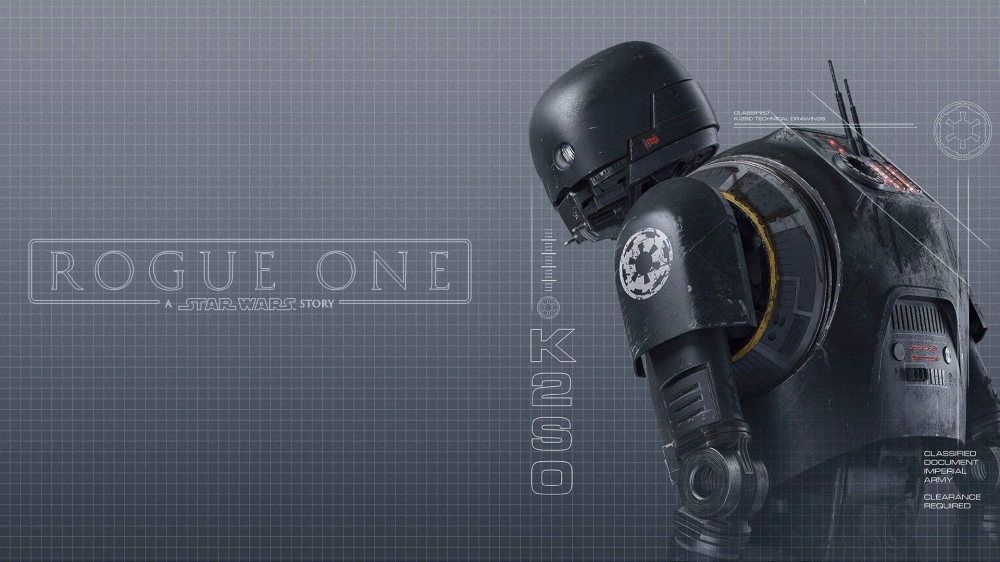 Without a doubt, the lovable and funny Empirical Security droid that was modified by Captain Cassian Andor to assist him on his missions for the Rebel Alliance, was a highlight in the new Rogue One film. K-2SO is completely different than the droids that we are used to in the Star Wars universe. We’ve had the gold covered worrisome protocol droid to R2D2 who will not think twice to jump into the line of fire to help his friends. Droids like 3PO and R2 were effective by their inbility to show as much emotion as their human/alien counterparts.

With his type of re-programming, K2 had the ability to create a personality that mannerisms that we can all relate to. With doubting Cassian’s decision to let Jyn Erso keep the blaster on their way to Jedha to feeling forced to say comforting things because the situation calls for it. There were a hand full of times that i would’ve agreed with what K2 was saying at the moment.

Just like K-2SO,  we can over analyze things in our lives and not trust in God that he will take care of the “odds” that you have flying around in your head. Don’t you every feel like a protocol droid or K2 when you’re at a crossroad and are going through your options on what to do? The Pros and Cons? The success rates? and in your prayers, God comes in like Han Solo and just says “Never tell me the odds!”

We forget that the “numbers” and the “percentages” doesn’t matter with God. We cannot live life like the droids that we tend to be with worrying about “the numbers”. Power down, pray and let God worry about your calculations and analysis.  Or else K-2So will smack you with a “fresh one”.

May the Force (Christ) be with you. – Rudy Rodriguez (R3)