Nakia: “You are the greatest warrior Wakanda has. Help me overthrown him (speaking of Killmonger) before he becomes too strong.”

Okoye: “Overthrow? I’m not some spy who can come and go as they please. I am loyal to the throne, no matter who sits upon it.”

Nakia: “I loved him (speaking of T’Challa). I love my country.”

Okoye: “Then you serve your country.” 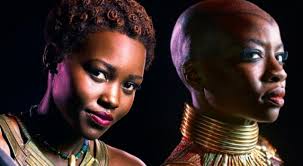 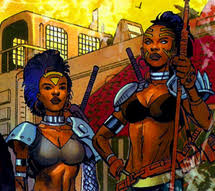 This short, but very esoteric scene in the movie resonated with me.

If you have seen the movie then you know that Okoye, not just a soldier, but the General of the Dora Milajie, nearly allows the destruction of what she holds so dear- -the traditions of her country, by, ironically, following the traditions of her country. She, in her own words, was “loyal to the throne” even if the person sitting on it (Killmonger, who defeated and was thought to have killed T’Challa in ritual combat, rightly took the throne) was willing to destroy the very traditions she held so dear. That, my friends, is blind loyalty. 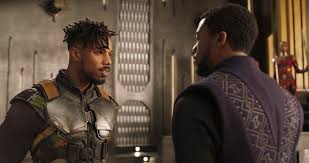 Blind loyalty can be defined as the fallacy that an action or an argument is correct because a leader, parent, adult, boss, commander, community, etc. says it is right.

This is also call unthinking obedience. Sometimes these people are called “team players.” But the Nazis who went on trial and after WWII, and used what is now called the Nuremburg Defense: “I was just following orders” as they gassed innocent Jews were also “team players” weren’t they? Or the Kamikaze pilots with unquestioning loyalty to Imperialist Japan who rammed their planes into ships were “team players.”

Now loyalty is essential for genuine solidarity, whether it be in a family, community, or a country. But blind loyalty, simply following lockstep and unquestioning, can lead to dysfunction, especially when rationality and/or common sense dictate that one should go against the grain; or at minimum speak out against an edict that is wrong. 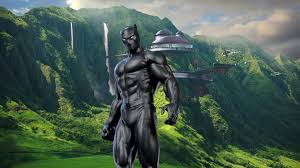 I think we as rational, thinking beings must be careful not to simply follow tradition for tradition sake. We should always be mindful of why we are committing ourselves to certain actions, evaluating the moral and ethical behests of our elected officials.

What I’m getting at is that we must be more like Okoye toward then end of the movie. A woman who finally sees what Nakia saw from the beginning: that Killmonger, although the rightful leader, was not a King who cared about how Wakanda benefited. He was a man who used his station to fulfill his own personal need for revenge. And in that attempt to exact revenge, he became a despot that threw out the mores of Wakanda like he was throwing out the trash. 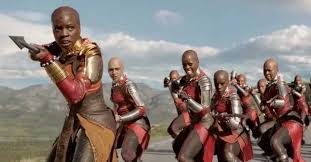 We need to make sure that we do not fall into the trap of being blindly loyal to any one person, cause, or group. We must make our decisions based on fact and logic and temper our choices by thinking about what is best for humanity.

When you think about it we are all God’s creatures, and as such, we should do our best to try and help and care for one another. We should be loyal to our fellow man; maybe the only thing we should have blind loyalty to is each other? 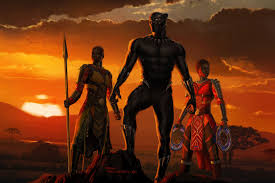 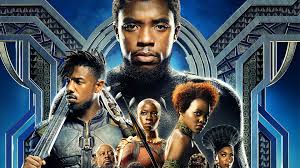