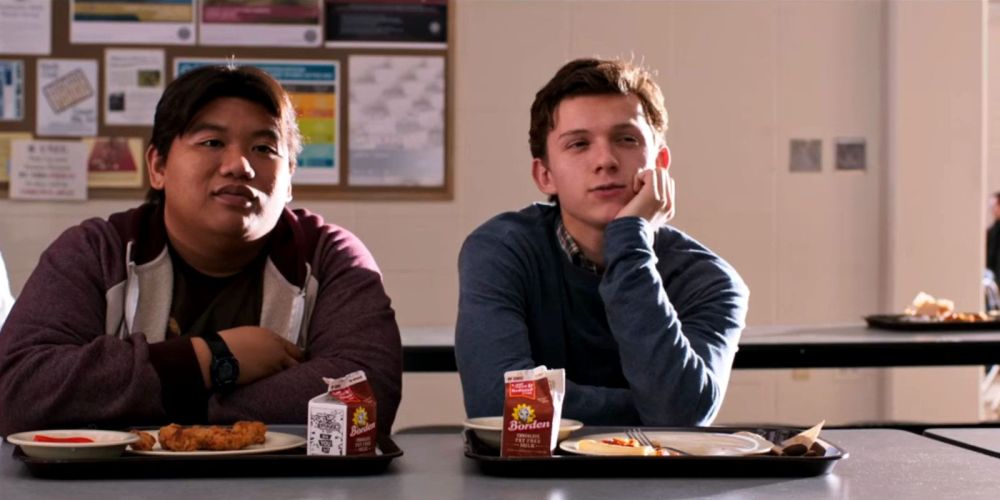 When a superhero takes a new turn in the direction of their life they are not the only one to adapt to a new situation. Like Micheal Keaton stated in Spider-man Homecoming, “The world is changing, boys. It’s time for us to change, too.”

There is something about a retelling of a familiar story that can both un-nerve you and excite you at the same time. Tom Holland’s Peter Parker persona brings along a life that weaves other personalities that are searching for their purpose as well. One of them is his best friend Ned. Peter and Ned are best buds who have shared the struggles of high school. Keeping his Spider-man secret falls apart at the sound of a Lego Death Star falling to the floor.

“You’re the Spider-man from YouTube!” From that time Ned wants to know everything about being the web-head.

“Can you summon up an army of spiders?”

“Can you spit venom?”

“You gotta tell everyone. I would.”

The biggest thing Ned wants to be is a help to Peter. “I want to be your chair guy. You know your eyes and ears from the computer chair.”

Peter shakes his head. Spider-Man fights against enemies that mere mortals could never face alone. The reality is when those forces crash into the neighbor deli, our high schools, and homes, the superhero is no longer a solo act. Peter needs Ned, just as much as Ned needs Peter. The fledgling team wobbly starts to try out its wings to soar with man-made vultures on land, sea, and sky.

Heroes sometimes live in a world that seems set apart from the average life of many people. Not wanting to hurt those closest to them, they keep friend’s and family at arm’s length and out of harm’s way. Yet, with our friends like Ned a hero can remain grounded in reality. When life beats the courage out of you, remember the reassuring words from those who stand beside you. Your own personal Ned might annoy you withvtheir unflinching optimism and endless stream of questions. Before you yell, “Shut up, Ned!”, remember your chair guy has his own destiny too.