I wanted to introduce you to the characters in my novel, Chronolocity Vol I A Fistful of Chronotons. In this entry we meet Mr. Cross. A man who dubs himself a Time Traveler extraordinaire.  In an attempt to modify, update, and correct an imperfect timeline, Mr. Cross accidentally yanks our hero Levy Roarke into the prehistoric past. He attempts to paint a picture of a kinder gentler future for all mankind.  His goal is to persuade Levy that all his efforts are his gift to people, who like him, have seen nothing but injustice and suffering, and need to hope again. This resonates with Levy who has lost his hope of ever making history with one of his inventions. 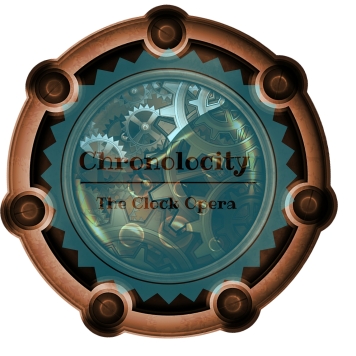 The song that accompanies this piece is called, Let the X-Games begin. It is Mr. Cross’ theme song and pretty much gives you his personality to a tee.

Mr. Cross begins walking, stops, and motions for Levy to follow him.

“Are you saying it’s possible to time travel?” Levy stands still. “That sounds impossible and—”

“That, too,” Levy continues. “If that’s true, then we are really in the past?”

“I’ve had this discussion with others before.” Mr. Cross checks his boot and smooths a scuff with his thumb. “Give me some time and you’ll see we are the real deal around here.”

“We time jumped,” Levy waves his hands in the air, “Here into another time? As much as I would love to say I did that—whoa—I still think this has to be something else.”

“I am from your future.” Mr. Cross waves his hands. “As you know, technology never rests.

“I’m telling you that we are currently way back in the past.” Mr. Cross tucks his remote away and pats his chest. “Far from any real civilization.”

“You’re asking me to trust you by faith,” Levy begins “I am not strong in that area.”

“A good choice of words. Trust is the key here. You have to trust me.”

“I am not very trusting.” Levy frowns.

“Your options are thin.” Mr. Cross pushes his fedora off his forehead. “We are the only show in town that even resembles any sort of modern civilization.”

Levy bites his lip. “I need to know what this is all about. How is this possible?”

The man shakes his head. “I know you want to understand, but I don’t know if you are ready…” The man stops talking mid-sentence and freezes in his tracks. Mr. Cross presses his finger to his thin lips. “Faith requires waiting, too.”

“Huh?” Levy snaps his head and body around, wondering if more danger is about to spring from the thick foliage.

“What’s wrong? You have any more buddies out there I need to know about?”

“Plato hasn’t returned.” Mr. Cross ignores the question. “That’s odd.” He narrows his grey eyes. “Come with me.” He brushes past Levy and treks up a nearby hill.

Levy stands his ground. “Wait! Where are you going?” he yells.

Levy shifts his weight on his feet.  He decides he isn’t moving until he gets some answers and gets them now!  He stands solid for a full ten seconds until a screech in the underbrush makes him change his mind.

“Hold on, I’m coming!” Levy trots behind the man, skipping over tree roots and jagged rocks.

Mr. Cross proves a hard man to keep pace with. He ascends the hill in long-legged, untiring strides.

And indeed, he was:

“And they all go marching down/ in the ground/ to get out of the rain/ Boom, boom, boom.”

Below their feet a faint path, slightly overgrown by ground cover, becomes visible. Mr. Cross marches them both, without breaking his stride, up a rugged, steep incline. He’s singing again. “The ants go marching ten by ten/ the littlest one says…”

“Do it again,” Levy interrupts to sneak a word in. He holds up a hand. “Please, no, enough.” How is he not out of breath? Levy drags his legs, which feel like lead to him.

A silence grows between the two hikers.  The singing stops, but the brutal pace continues. The sounds of nature fill their silence. They follow a thin strand of crushed reddish earth through waist-high ferns. Levy finds a helpful distraction in by letting his fingers enjoy the rough edges of the ferns with the fuzzy hairs on the end. Mr. Cross tirelessly leads them over and down hills of green and purple grasses that hiss as they march through. The canopy far overhead still pours down that greenish diffused light. Levy has no concept of time.

I wonder if this was a place where time really did stand still. If that is right, then throw away that ticking creature and let me finally be free of that nagging clock.

Levy had always felt that silence was something he had to avoid.  He had always felt he had to keep conversations going. Maybe a bit of humor might lighten up this scene. “Have you ever thought about putting in an escalator?” Levy inquires. “Hey, even the zoo has one.” Without slowing, the man speaks over his shoulder.

Mr. Cross isn’t in the least winded.  “What, don’t you enjoy a little exercise?”  He inhales a deep satisfying breath. “Oh, in your time people did get a little on the complacent side. That will change though very quickly once—”

“My point exactly.” Mr. Cross stands straight with his hands stretched high above his head. He does a few side bends and touches his toes. “A mind like yours needs a little fresh air to stay sharp.”

Levy holds up his finger. “In theory, but not in practice.”

“Just keep an open mind.” Mr. Cross gives him a wink. “You’re going to need it.”

If this story interests you or someone you know, please check out our website:

Your friend in time,