This is our 100th blog entry at God Among Geeks! Before we rush into this issue, we wanted to choose a special theme that really talked about what we are about. We chose four characters whose life really typify the meaning of a hero. They aren’t perfect, often misunderstood, have a lot of potential, and take their role as a hero with a dash of humility (most of the time).

The Jewish Holiday of Rosh Hashanah is coming up in a week and it marks the new year for the Jewish people. It is a time of remembrance where 99 trumpets are sounded followed by the 100th . It is a long sustained note that calls our attention, maybe our thoughts, or even repentance.  Funny, isn’t it how a trumpet demands our attention. When you hear it you sit up and get yourself ready for something to change. This piece came because of that simple instrument and the powerful message that comes through when it hits the right note.

Did you know that you can tell a movie has a hero in it just from the horn in their theme song? Think about it.  Every heroes theme song or in most action movies, there is a call to action from some sort of horn. With that in mind we chose four heroes and their music as sort of a tribute to the underdog. They found their place as a hero. I think you might know these folks well.

Do you know the name, Scott Lang? He was very smart ex-con and electronics genius. Yep, he tried the Robin Hood thing, but it didn’t quite work out. He lost everything he had including his family. So, when a second chance came to redeem himself, Scott jumped on it. He became the Ant-man. Talk about a “little guy” becoming a big guy, by becoming a “little guy.” Scott knew that heroes can sometimes get a second chance after a big fall. When he hears his trumpet, he knows that his fight is one that is humbly taken and gratefully deserved.

Talking about being humble…oh wait, maybe not this guy, not yet. Peter Quill never asked to be kidnapped from Earth as a kid, lose his mother to cancer, and never know his father. Peter grew up as a Ravenger, almost eaten (or threatened with the possibility), and lived the life of a rock and roll deviant, which defined him as a non-hero. Peter Quill lives for the next treasure and feeds his ego with the title, Star Lord. How is he even considered a hero in any sense of the word? Maybe Peter, like the Grinch, had a moment that changed his life. He had a glimpse of eternity when he saw an infinity stone up close and personal. When Peter hears the whisper of Destiny it tells him to be great, you have to have a strength stronger than yourself.

Talking about Peter, how about Mr. Peter Parker. In the latest incarnation of Spiderman, we see a boy of limited means, but unlimited potential. This little dumpster diver guy from Queens, suddenly has abilities that are beyond his slim frame. Yet, even without his newly acquired spider senses, there is a virtuous character inside of him. What did Aristotle say,  “The whole can be more than the sum of its parts.” A real hero is defined not by the power, cape, or spandex they squeeze into, but by their God-given character and persona. Peter has a hard life. He is asked to do so much with so little and never bitches about it. He loses and gains, and falls, and rises again to face another day. That, my friends gives us all hope that character comes in all shapes and sizes. When Peter sees the need, he doesn’t let his issues get in the way.

Finally, the big guy who became who he was on the inside. We all know and love Captain Steve Rogers aka Captain America. Talk about someone who started off two sandwiches short. Even though he was once thin as a rail, yet says in a fight, “I can do this all day.” If there was a super hero who took good and bad, love, and hate, being on top of the world, or fighting his best friend Iron Man at most God-forsaken place on Earth, Steve Rogers is your man. In many ways he reminds us who we are meant to be as Americans. We fight for truth, justice, and those timeless virtues God has instilled in our nation. In the darkest hours when others are sleeping or waffley and complacent, Captain America knows he can go all day until the fight is truly over.

These four men remind us why we do what we do.  We at God Among Geeks fight for the underdog. There are so many people who think of “nerd” and “geek” as a silly derogatory term. They can easily discount some of the brightest and most gifted people because they look and act differently than themselves.  However, just like the Lord sees the heart of the person, so should we. We may not be perfect ourselves, but we can see the heroes and their actions all around us. It is our hope to encourage others by faith to live their God-given purpose when they hear their personal trumpet sound. It brings a smile to our face and a tear to our eye when they become those people Destiny has called them to be. 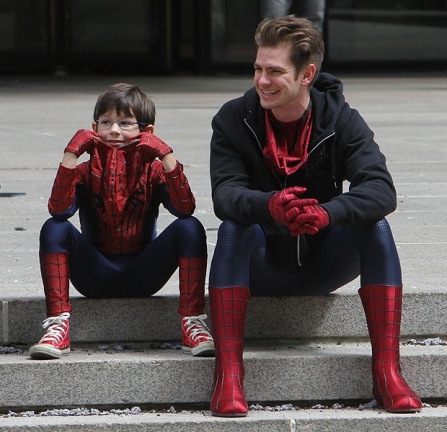 For more on Roash Hashanah see the link below