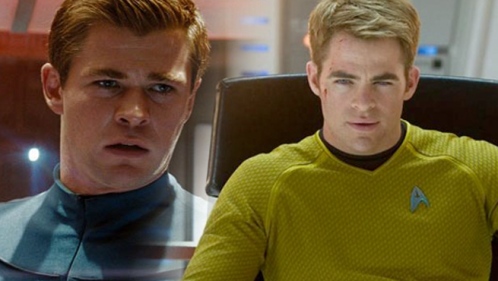 A father has an impact upon their children that changes the course of their life.  George Kirk, in this altered timeline, never lived to see his son become the Starfleet Captain we all know and respect. Because his father was a great hero for twelve minutes, James Kirk has always had a legend to live up to. No wonder at the beginning of Star Trek Beyond he is experiencing daddy issues. 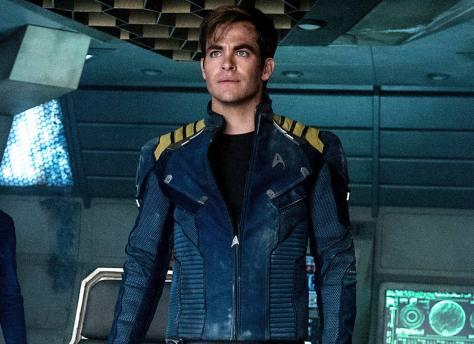 Captain Kirk has always heard about his dad and his exploits. People always used George Kirk as the barometer of what a ship captain should be. Knowing how much he bucks the system, Kirk feels he falls short of his father’s looming shadow. I am sure in his head he hears the words, “Why can’t you be a man like your father?” So as fate or faith would have it, Jim Kirk finds his life echoing his father as he is telling the crew of the Enterprise to abandon ship. He stands on the bridge until the last minute until he knows his crew is safe. However, instead of going down with the ship, he has the window of escape that his father never did.

Planet side he meets Jayla who also lives in the shadow of her father as well.  She wonders if she will have the courage to face danger like her deceased father did. Then Kirk turns to find his best friend, Spock is having the same issues when he loses a father figure in his own life. (Talk about being able to relate to others around you.) Captain Kirk and his friends discover that they will never be like their fathers. Rather they will finish the work that their respective father’s began in their own unique style. I bet their fathers were proud of them for being who they were meant to be, not a clone of themselves. 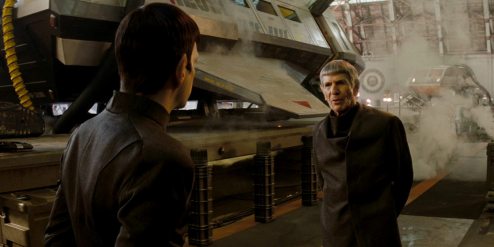 I know I totally understand what it’s like to be measured up against the statute of a father. I think my dad would rather me do what I am called to do than try and follow in step-by-step in his footsteps. That would make him proud and bring a smile to his face. As I finish this pieces I am sitting across from my own daughter. I think about how she will do when her time comes. She has her own style and way about doing things. Autumn makes this daddy proud just being who she is.