This entry will be a shout out to Marvel film makers. They get a lot of flak for not doing the comic book justice according to diehard fans. This results in a Catch 22 when fans tell others not to see a film. Then, it becomes in the industry’s eyes a box office flop.

Give the film makers a little grace here. They are attempting to share something they love with a broader audience. Part of that is interpreting the story and its characters a little differently. Case in point X-Men Apocalypse. Yes, maybe because of whatever reasons the storyline got changed and maybe some folks’ favorite characters didn’t get get screen time, it still was a great movie. At least someone took the time to get it made and tell it. It was someone’s sweet dream to see this film come to life. 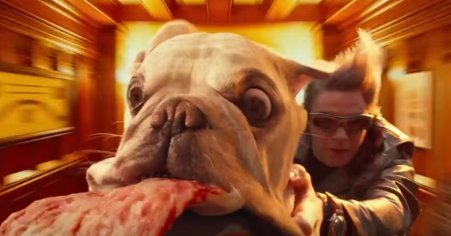 I am breaking our God Among Geek rule to not make our blogs too long, however I have to share one other reason I loved this movie. There is a scene with the speedster, Quicksilver saving a number of future X-men from an exploding building. You get to see his lightning fast speed and his equally ingenious brain working in tandem, set to the Eurhythmics song, “Sweet Dreams.”  Hands down that was funniest scene in a movie that I have ever seen. That scene was a nugget of film making that many might miss because a critic of well-meaning fan-boy dissuaded them.

Be your own critique! This was some of the best pop-culture advice I have been given. Go enjoy a movie without guilt or negative advice. If you keep on open mind you might just see your favorite comic or book in a whole new light.

(That’s just my opinion, by the way.)

Here are two Quicksilver moments from the past X-men movies.

Here is that moment from X-Men Apocalypse. (No I didn’t film this in the theatre)

Here is the one from Days of Future Past