I look over at my wife and she is already in tears ten minutes into Won’t You Be My Neighbor. Tom Hanks is portraying Fred Rogers down to a tee capturing the man behind the story. I think what got to both of us was experiencing nostalgia from our childhood and the impression Mr. Roger’s Neighorhood has on us. Since we talk about heroes and supeheroes on this blog I am sure you agree that Fred Rogers falls into that category. 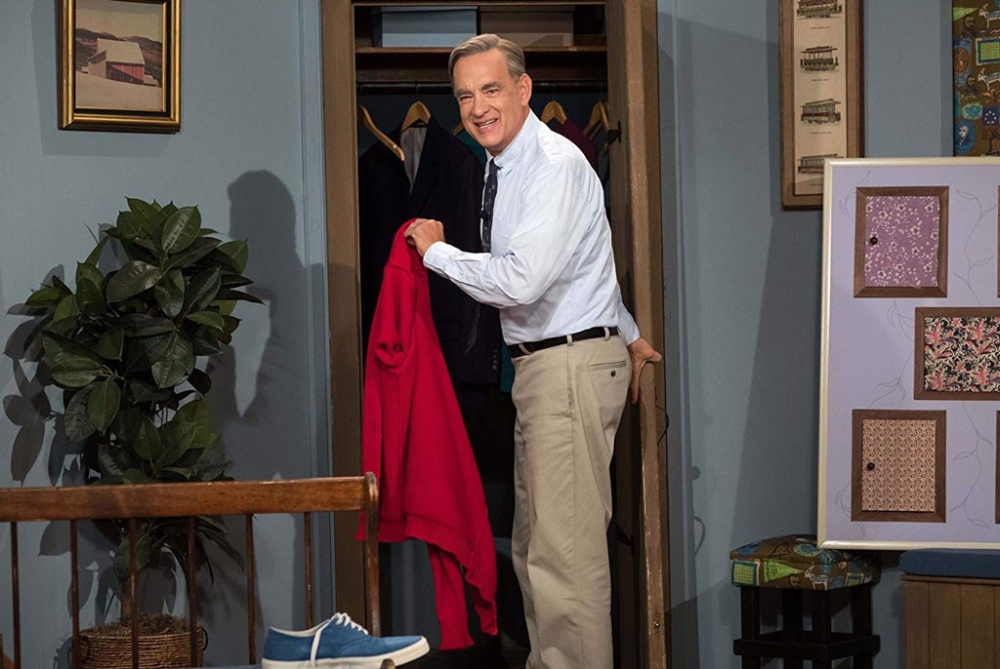 The best way to describe A Beautiful Day in the Neighborhood is seeing kindness and character function in the tough and gritty issues of life. Lloyd Vogel is a cynicaljournalist who is asked to do an article on Fred Rogers. His style of poking and prodding into a person’s real life upsets some people. His mindset is to find the dirt on everyone he interviews, so when Fred Rogers, The Mr. Rogers is assigned to him, he goes into his normal MO.After finding out who Lloyd is interviewing, his wife chides him to not ruin her childhood memories of Mr. Rogers. 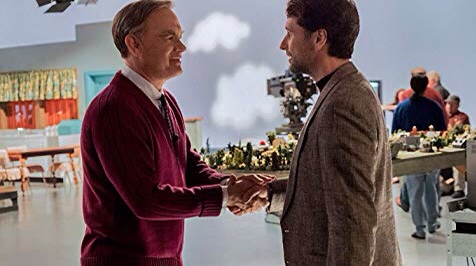 However when Fred meets Lloyd an odd friendship begins. It throws Lloyd for a loop.This is what happens when positive optimism meets hard, bitter, and angry pessimism. Lloyd has a hard time believing that Fred is the genuine article. His eyes roll when Mr. Rogers seems to give simple solutions to Lloyds fiery anger issues. The interviewer becomes interviewee. Fred knows how to get the heart of who a person really is really quickly. Maybe that is because he listens, really listens. For many that’s a healing process. For Lloyd it’s an invasion.

Fred agrees that the hardest person to forgive are the loved ones that hurt us, like Lloyd’s father. With his soft voice and gentle demeanor, Mr. Rogers superpower is to disarm people and get them to share their issues and find the strength to overcome them. His mouth drops when Fred brings out his iconic puppets.He specifically introduces him to Daniel, one of his puppet characters.  Mr. Rogers appears to be clueless and maybe a little out-of-touch with how real people handle their in your face problems. Lloyd really has a tough time taking Mr. Rogers serioulsly. How can he be this man be this honest, kind, and genuine even under his TV personality? Is Mr. Rogers a different person when the cameras aren’t pointed at him.

As Lloyx digs he discovers there is more below the surface of Fred Rogers. He was teased as a child as “Fat Freddy”, had anger issues, and one of his sons was embarrassed to have Mr. Rogers as a father. However, how he was grounded in his faith and the practice of Godly character permeated every aspect of his life. Even his TV crew didn’t always get his odd ways. He definitely didn’t produce a show like everyone else in the industry.What Lloyd discovered was the man in front of the camera kept true to himself behind the scenes. If Fred Rogers had issues he would openly and honestly admitted them but had practical ways of working through them. If anyone practiced their faith in the real issues of life, Mr. Rodgers did.

When Lloyd’s estranged father nears death Fred Rogers walked Floyd through a place where they could experience forgiveness. This simple interview became a friendship that crossed the celebrity boundaries without taking a breath. I guess you could say the Lloyd began to see that Mr. Roger’s neighborhood had no boundaries. The funny puppets, the simple sets, the seemingly hokey format of the show had a powerful effect on real life people like Lloyd’s family. Seeing Lloyd accept the gift of a lesson of forgiveness really did restore a familiy’s  hope of being whole and happy again.

What do we do with hope. Do we as adults model for children positive ways to deal with their emotions, their fears, and struggles? Like Fred Rogers can we not act like everything is perfect and just be our honest selves?  Maybe that is why Jesus said we need to come to Him as little children? They are totally open, real, and have a love that’s not hindered or hung up on major issues. When they hurt or feel broken, they know who they can turn to first not as a last resort.

I have always told my kids and my teens I teach that there are parts of our adult selves that should not grow up. Those places in us that reflect the joy, peace, patience goodness and of course love of God might just be the place to start. I hope you find the real source of life when you step into God’s wonderful neighborhood.

Thanks for your support following, commenting, and sharing. 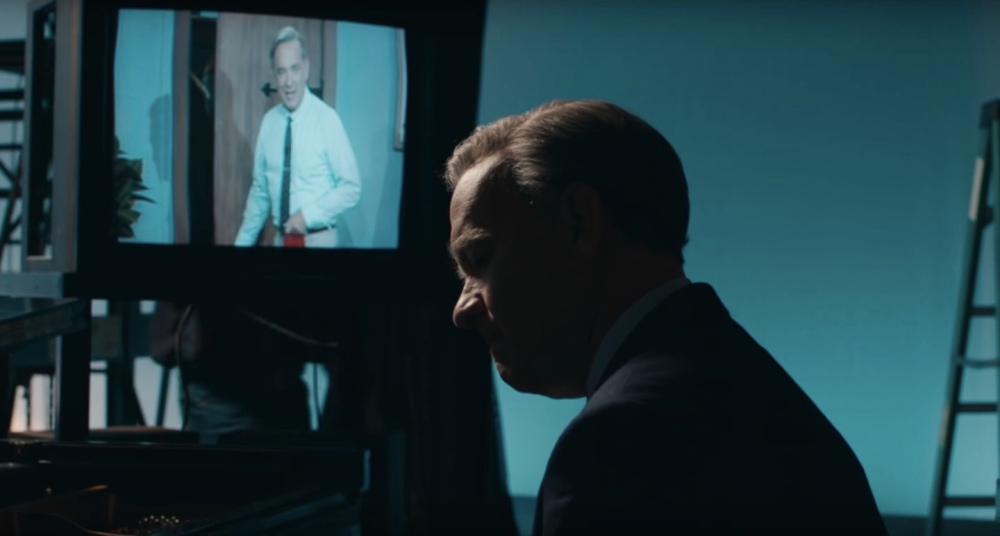