This piece is a short and sweet prediction about Avenger’s Endgame. I know the rumor mill is in full production, kicking out fan-fueled thoughts and ideas about how the Avengers will find a solution to Thanos’ fatal snap. It might involve Flirken to get the job done.

In Captain Marvel we are introduced to a seemingly innocent orange tabby named Goose. Who by the way bonded with no-nonsense thick skinned Nick Fury. However Goose appears as a highly-intelligent kitty turns out to be a feared creature know throughout the galaxy as a Flirken. We discover when our heroes get into a tight spot Goose opens it’s mouth and the tentacled mouth Flirken swallows up whatever it deems fit to get into it’s belly. When the infamous Tesseract (also know as one of Thanos coveted Infinity Stones) needs to be hid, the Flirken snatches, swallows, and keeps it hidden until a more opportune time to reveal it.

So, I did a little research and what a Flirken is and why it might be introduced at this time in the MCU.Flirken are very intelligent creatures, rare with only a small handful around, and known to be able to store quantum reality pockets within itself. Can you see where this could be going?

Here is an idea that sounds a little wild, but isn’t that what Marvel excels in doing? They base the movies on the comics, but will often bob and weave in a direction no one was expecting. So, my idea isn’t that far out of the ball park because it’s risky and mad enough to actually work.

We know that time-travel or quantum realities will be accessed by the Avengers in order to foil Thanos original plans. Could it be that Goose survived the “Snapture”, finds Ant-man, who discovers what a Flirken can do…and convinces the other Avengers this little feline is their solution. Can you just hear the conversation? 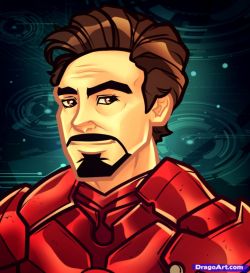 Tony: Let me get this straight. To enter the Quantum Realm we need to use a cat?

Captain Marvel: He goes by Goose.

Tony: And what exactly can this cute little….

(The Flirken open’s it’s mouth with tentacles extended. We see floating fissures and portals for a moment before it returns to it’s docile feline form)

Captain Marvel: I had the same look when I first saw the Flirken in action.

Thor: We need only to access the right reality hidden in the folds of the Flirken.

Scott: ( He snaps his fingers) Exactly. Ew whoops to undo that other snap.

Tony: Alight so, we have to get eaten by this creature? Can this get any weirder? ( he holds up his hand) Please, I don’t want to know.

Scott: Whatever it takes.

Thor: Whatever it takes.

Tony: (holds his head) Right. Nice Flirken, nice Flirken. We crazy plan, but hear us out.