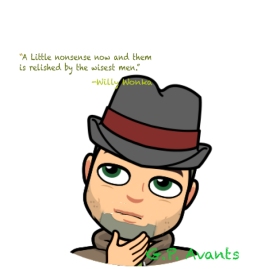 Before you read this piece, I need to let you know that I HAVE NOT completed Star Trek Discovery Season 2. So, this story is based on the intel that I have gathered up to this point. I guess you could say this is my disclaimer up to the point of this piece. So, read with that in mind and that maybe this is still a valid opinion even after the truth is told.

Season 2 of Star Trek Discovery has phasered wide open yet another door to a different kind of reality. The characters from the TOS original series have been literally materialized in a slightly different package.  The USS Enterprise, Captain Pike, and Mr.Spock aren’t alone. In their wake they bring with them seven anomalies whose unknown intent has altered the course of the entire galaxy.

Some call them hostile. Alien. Childhood nightmares. Others see them as familiar friends, Divine help in the form of angels. Red angels. Somehow these mysterious visitors have left different people different then before their arrival. Whatever these heavenly bodies turn out to be they have caused a number of individuals to question their resolve, their perceptions, and their faith. There are seven of these sentinels parked at strategic places within the confines of the known galaxy.

What are you hiding, Mr. Spock?  What are the red angels to you? Are they helping us or preparing us for disaster? Spock originally encountered the red angels as a child and it fundamentally changed him. Logic hungers for concrete, quantitative answers that are grounded in the touchable, the ability to be scrutinized, carefully cataloged  and classified into neat little packages. Spock’s searching has shaken his stoic logic and calm reason. On the edge of madness his faith in pure Science is changing.

In a spore drive jump, The U.S.S. Discovery began to investigate a far distant location of a one red angel. There they found a refugee camp of lost humans taken far from Earth before WW3 broke out. These lost humans claimed the red angel as their rescuer. Their small community’s motto was “Be bold, be brave, be courageous.” They were people who clung to their various faiths and their little church became a distress signal to anyone listening.

These faithful few were a remnant of Earth’s diverse cultures with a cobble scriptures as the foundation of their society.  The red angel  brought the Discovery crew to help these faithful few to avoid extinction a second time. And inadvertently renewing their faith again.

The red angel caused rule following Captain Pike to break his stoic stance on some issues and question his own upbringing. His father was a comparative religion teacher whom he sharply disagreed with. Pike new how to understand and talk to religious folks.  He just didn’t like his father’s passionate ideals, but he did learn how to talk the talk.

What questions might Pike wonder about? Are these seven anomalies asteroids that birth these heavenly creatures as they enter into our reality? Are they opening up a spiritual doorway into the physical world. As an asteroid explodes it termination begins a equally powerful creative act. Pike silently pauses to observe how the concept of faith in turns into applied action in the harsh realities of life.

How about the adversarial Klingons, the nemesis of the peace-loving Federation? The seven anomalies signal strikes  fear into their fearless hearts. These proud warriors are worried they will lose their fragile union if these powerful beings prove hostile. Every leadership role in the Klingon Empire is being questioned and loyalties harshly tested. Are these unknown powerful entities a threat to draw bat’leths against or to pledge undying allegiance?

Klingons are actually very religious and devoted to their way of life. Though they may not speak of faith, it is woven together into the rough fabric of their culture. Every warrior knows to die an honorable death leads one into a glorious afterlife of Stovokor. Are these red angels a sign, a portant of great change to come? Will they shout, Qapla’! Success! when the truth is finally revealed?

The sweet and compassionate aren’t immune. unclear Coming face-to-face with the red angels can shake anyone’s resolve. Lt. Tilly is seeing images of a dead friend. She came in contact with a red angel’s signal in the form of an unstable piece of asteroid. It was a rather shocking experienced that left her reeling.Is she connected now? Is it driving her mad or helping her understand the real plan of these mysterious beings? The dark matter creates some version of a plan.

Tilly feels her loss of control of her once simple reality. It is one of the red angels warning her of dangers? Are they just a delusion after being exposed to magic fungi? The easy-going-somewhat-scatterbrained genius is scared for what these visions mean. Her faith in herself is shaken. What more is out there just behind the obvious surface of her life?

At last our intrepid heroine, Michael Burnham is haunted by childhood memories of her step-brother Spock.  They have had a troubled relationship and the red angels are stirring up her past. After an asteroid explosion, Michael swore she was rescued by a red angel and it too has shaken her scientific mind.

Are these ethereal aliens just as trick of the mind? She wrestles with the thought that what saved her, inflicted a deep hurt within her brother. Michael’s painful family history is systematically dislodging from the recesses of her conflicted mind. She is a having a hard time separating faith and Science. Michael wants some answer she can’t wrap her head around. Michael blames Spock’s hurt  on what her younger human self did to the human half of Spock,. It tore their family apart.

Micheal’s struggle with science and faith seems to resonate with many of the other members of the Discovery crew. It feels like the creators of Star Trek are unafraid of putting their band of characters into controversial issues. The original Star Trek series boldly went there and this new incarnation is following suit. It’s actually amazing and fascinating to think that issues of faith have become a hot topic in our world-wide culture. But depending on your faith it’s a subject that influences your family, your community, and even the government you find yourself living in the world.

What happens when the life of faith and the great unknown come crashing into our predicable reality? Does the mention of God scare you, thrill you, or leave you scratching your head? Have well-meaning people tried to press the issue of God and faith into your face? In the process of saving your soul, they just pushed you farther away. It happens to us all.

There are so many fantastic and unexplained things on this tiny planet, not to mention the entire universe. Why can’t we believe in things that are bigger and more amazing than our minds can fully comprehend? In almost in a completely opposite perspective, I am amazed at how little He asks of us. I love the fact that God asks for us to trust Him by faith even if it’s tiny, like a grain of sand, a chia seed, or a mustard seed. When it comes to trust a little goes a long way.

Want to hear our God Among Geeks in action? Check our our podcast Neekology 101 on Spotify, You- Tube, Google Play and Podbean.