In the universe of Netflix series, Dark Matter the infamous tiny Blink Drive, which allows a ship to travel anywhere in space instantaneously, has another unexpected use, it can time travel. After a routine test it deposits the crew of the Raza into our time. For our friends from the future that is a journey of about 600 years into the past.

As my wife and I have followed the journey of these six human misfits and their android, (Yes, Laura doesn’t look like she is watching, but she is) we have both watched these imperfect strangers become a family. What has really caught our attention is android, whom I call Ann Droid because of her amazing hunger to understand the human condition. So, she not only has her crew constantly slack jaw with each new aspect of her burgeoning personhood, but has become a character study for me while I watch the show.  You could say she is this family’s “indicator species”. You can gauge the climate of the crews’ condition by her real time responses.

So, hiding the Raza’s future technology from we primitives, the crew of the Raza have attempted to blend in. To find a way back home Ann Droid attempts to make her family fit in. Somehow she has assumed the role of the mother of this motley crew. Before they landed Ann was excited about purchasing a good home, a minivan, and where to get good shopping deals with double rewards points. When sending Three and Six shopping she was adamant about getting double ply toilet paper because it was on special. Though android’s role is often overlooked and under appreciated at times, when it comes to keeping her family safe, she really does go out of her way to be a protective mom. This jump into the past really gave her a chance to take charge in a situation where her human counterparts are totally floundering outside of their normal parameters. When the chips are down Ann would rather enjoy a cup of hot chocolate then drowned their sorrows with a bottle of whiskey. The crew of the Raza have faced down rival corporations, Nuclear bombs, alternate evil versions of themselves, but nothing prepared them for facing a small town welcoming party as new neighbors. But Ann led them to face the neighbors with forced smiles and freshly baked cookies.

As I watch our favorite android grow into her new human-like person, I think it’s making everyone more human, more of a tight knit family. Isn’t funny that people of God sometimes forget the great influence and worth of family. It can be easy to take our connections for granted. It might take a new member or a searching soul that rekindles our appreciation for our family. Who knows maybe our family, imperfect as it is, helps another to start their own. 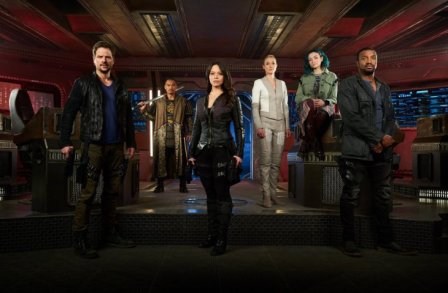 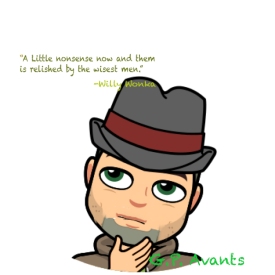