Altered Carbon is a 10-episode series on Netflix, one that I begrudgingly started watching because the one and only TV had been bogarted by my friends during our weekend trip. At first, I did not warm to the dystopian, Blade Runner-isk, sci-fi, but by the end of the second episode I was hooked. Now, I will preface what I’m about to say by letting you know that nudity, sex, and violence are interwoven into the DNA of this show, but with that being said, this series had a tremendous, well thought out story-line (at least until the 10th episode), great acting from a new cast of actors, and an amazing, fresh concept. That concept in a nutshell: What if you could live forever? What would happen to humanity?

In the series, a technology called a stack has been created. A stack is the essence of the person- – all their memories, experiences, and thoughts; His or her soul if you will. Every human, in this time line, has a stack, which is placed in the back of their neck. If a person dies, that is, if your human body, which is called a sleeve, dies, you simply remove the stack, and for a price, purchase another sleeve, placing your soul into that new body. You can buy a new and improved sleeve– – if you can afford the exorbitant price. Or it might be able to get your hands on a used, run down one, if you can’t afford a better (say if you are thawed from cryofreezing after finishing your criminal sentence). Or a person with little to no money, can just rent a sleeve for a short time (say around the holidays). 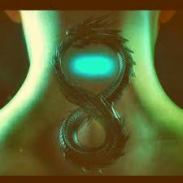 The underlying message of the show is that living forever causes human beings to be less human and that technology, which is usually created to help benefit and improve human existence, almost invariably is hijacked and abused by the very creatures it was created to help. In many ways, we, as humans, are our own worst enemies.

What Altered Carbon made me ponder was if we can live forever does that make God irrelevant? Would humanity, completely and irrevocably, lose its moral compass? Would we then become our own gods, living for our transient whims?

I mean we can’t do right by each other even when we have strong beliefs in an afterlife. Hell, sometimes we hurt, maim, and kill each other because of opposing beliefs. (Of course, this presupposes you believe in God or some sort of Supreme Being) What do you think we would do to one another if we didn’t believe we had to answer for our misdeeds? I mean loving my neighbor is hard, even with my belief. Imaging humans without any belief in anything other than themselves.

Watching Altered Carbon made me realize, for certain, that living forever is one thing I don’t want to experience- – at least not in the current state of this world. I think the eighty plus years I might have here on Earth is more than enough for me.
Here’s the thing about living forever- -if you lived forever everything would become dull and insipid. It would be become rote. The same old thing over and over and over. The beauty of living a finite existence is that the sun will shine brighter, the birds will chirp louder, and the grass will seem greener. That is if you always remember you have very little time here. And by keeping that in mind it makes me want to take the time to smell the flowers. And the bonus- -You have God to look forward to when your time is up.
What do you think? Would you want to live forever here on Earth?