What do three pictures have in common? 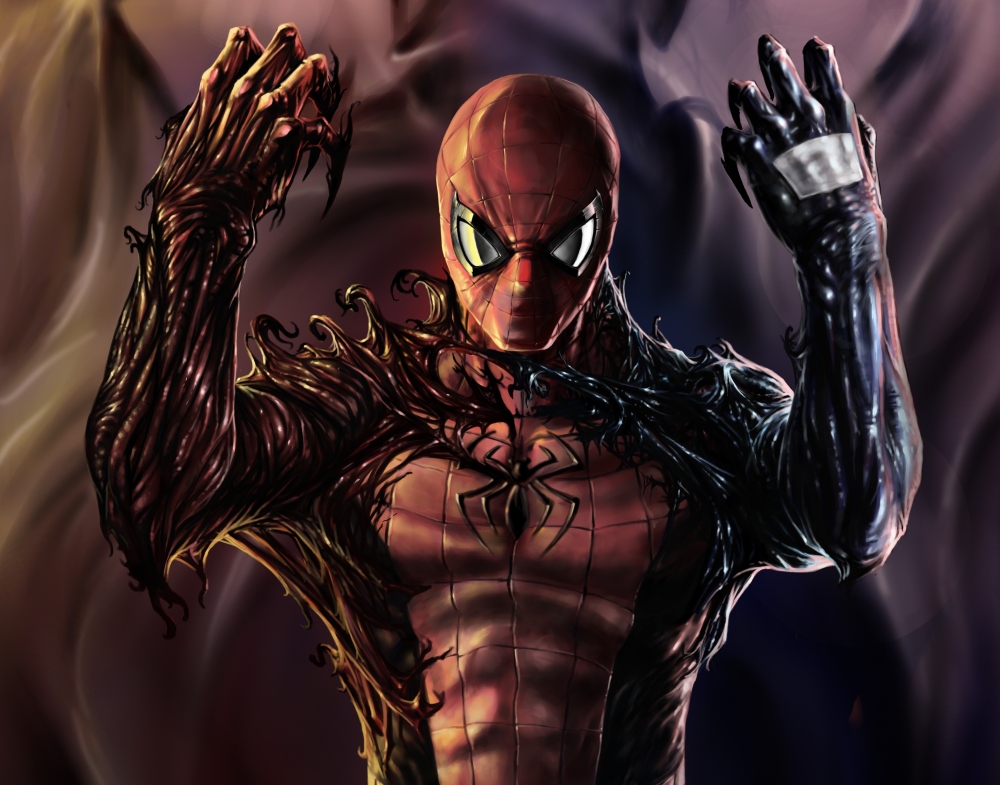 If you said they are symbiotic leech that attaches to a person, drains their strength, and tries to wrestle control from their host, you would be right.

(In the case of Harley Quinn and Joker they are worse off together than if they were apart in our minds, not theirs)

Watching the new version of Jumanji I found another sentient symbiotic creature that needs a host to survive.  The idea to let us see the evolution or adaptation of the worn and wearing drum beating board game. This is a little scene that I wanted to analyze before all the roaring, screeching, screaming, and lights flicker on and off.

In 1996 Alex is a rocker who ends up getting the notorious Jumanji game that we last saw washing up on a foreign beach. His father gives it to him as a gift, but the old wooden box is so old school at this point. Alex reads the title and ignores it. He sets it on top of his game system and goes back to his digital game. 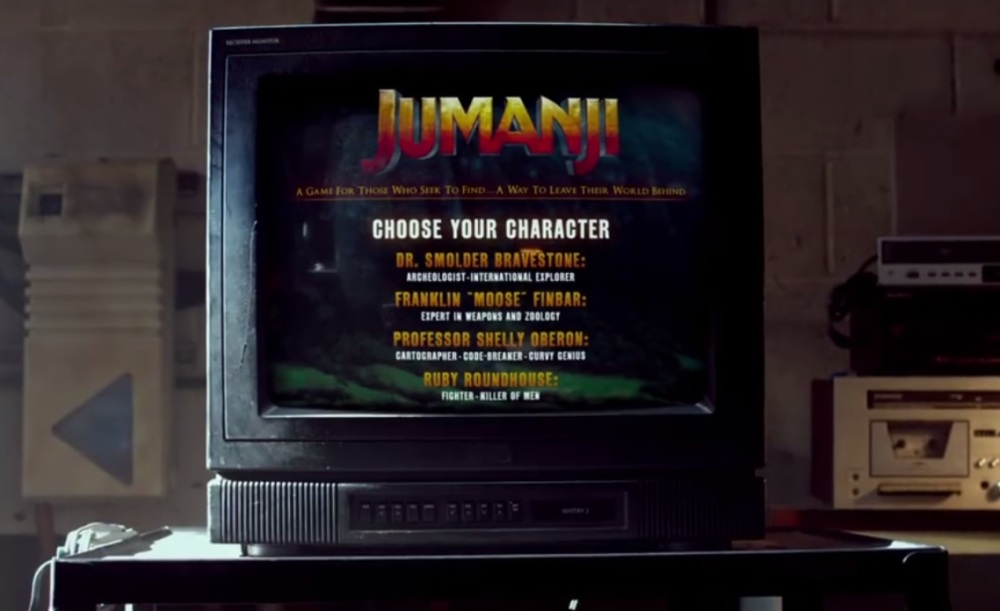 It was at that moment we as the audience understand something about that magical game. I’m some form or fashion Jumanji is alive and aware of its surroundings. As it appears to just be a lump of discarded driftwood it is actually studying its new digs. Was it just chance or proximity that it sat in contact with new technology in the form of a 90’s video game?  Because the next morning when Alex open the game it has changed it’s format. Instead of the familiar map, wooden figures, and central “Magic 8 Ball” board controller, there is now a single game cartridge with the name, “Jumanji” printed in it. Did that freak anyone else out?

That tells me that we are dealing with an entity not unlike Sauron’s master ring from Lord of the Rings. Symbiot’s main goal is survival at all costs. If it does not adapt it will go the way if the do-do or Beta recordings. Yes, the game of Jumanji does test its visitors and forces them to learn life-lessons that change them as people. Like any game there is a take away that does help you understand what is means to walk in another person’s shoes. It helps us learn to work with others. We have the opportunity to learn from our past like the well-placed nod to Alan Parrish’s plight while trapped in Jumanji. Maybe you will be part of a chance to help lift a curse, forge new friendships, learn that the world is bigger than you and it does not revolve around you. (Isn’t funny that this game teaches you all the life lessons that if it were a person should apply? Hm, funny right) I have been very guiltily of this fact, but let me thrown this down: How much of fiction should we turn into fact? In other words how much of fandom movies or games can we return from and apply to our lives?

After their adventure in Jumanji, Alex was told by Brittney, “Go get the girl, Dr. Smolder!” What part of his avatar was Alex meant to retain in the real world and what is meant to just be a memory? In many ways we too are symbiots that latch on to things in life that change us. We become dusty and forgotten on a shelf or fade away if we don’t adapt and grow.

I guess the question you need to consider is, who is the host I need to cling to in this game of life? In the words of principal Tushman( I know we all had a laugh about that one), We only always have one life. Which person are you going to decide to be? If you want to know who I cling to in this uncertain and wild jungle, ask me. I will tell you He takes everyone even a nerds  like me.