In Star Trek Discovery you are always kept guessing what is store for our faithful crew. What I am discovering about this show is that life always throws them a curve and things don’t always end happily ever after. Of course like in life there are ongoing issues that in time have to be resolved. That can’t always be done is 45 minutes or before the credits roll. (I will do my best to not reveal too many spoilers about the show, but no guarantees. I will tell you that if haven’t watched the show you are missing out.)

The crew of the starship Discovery has narrowly escaped the Mirror Universe, an evil alternated version of our own.  Even after returning nine months after they left, none of them will be the ever be the same. Our favorite Specialist Michael Burnham has survived numerous attacks on her life from her two alternate universe captains and her tormented friend, lover, and crew mate. It has been an eventful adventure full of emotional wormholes. If there is a character who knows how to wear a mask to cover up a broken character, Burnham fits the bill. She knows that things happen to people and showing them a little grace and understanding goes a long way. I am sure as she reflects on three other people in this twisted mascaraed, Michael Bentham  is deciding how to process it as she moves forward in her journey. 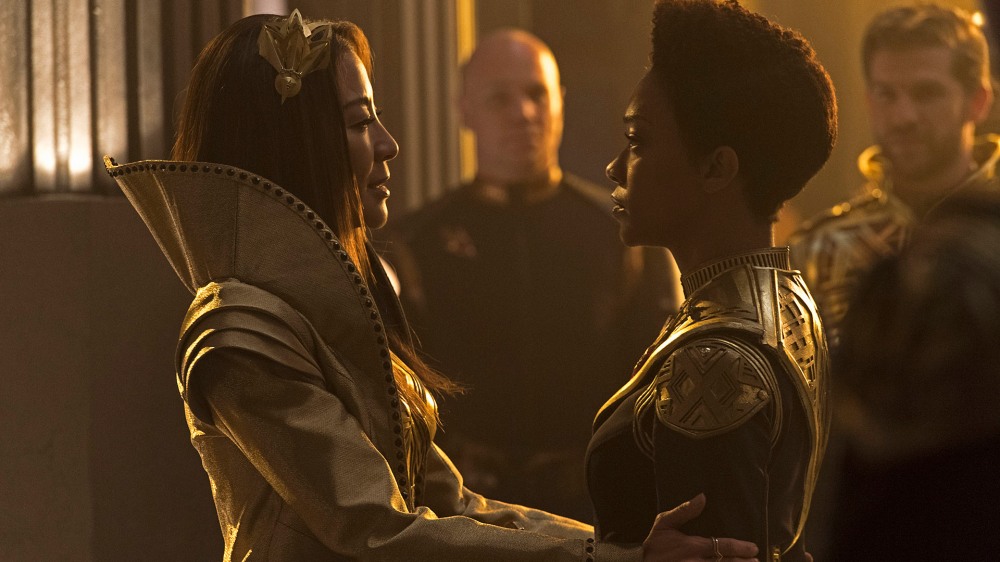 In the Mirror Universe Burnham gets a second chance to undo a life-altering mistake she made. Here, he’d former captain is not only alive and well, but the Emperor of the Terran Empire. Both have failed and lost the mirror versions of each other. This loss is what helped turn the tide of war and renew a odd sort of rekindled friendship.

Then she discovers that her current captain is not who he claimed to be. Everything he did was motivated by his destiny to rule where we was once cast out. The captain Burnham thought she knew had wronged her, but she gave him a little bit of grace instead. She showed they character and kindness of her belief to someone who had none.

Finally the man she loved was a tormented soul. The enemy Voq, the Klingon had got inside his head, and fought Burnham ever step of the way. This mask wearer was the hardest to forgive in her mind because he was closest to her fragile heart. She had all three people being unmasked at the same time which would cause any of us to question their faith and trust in people. 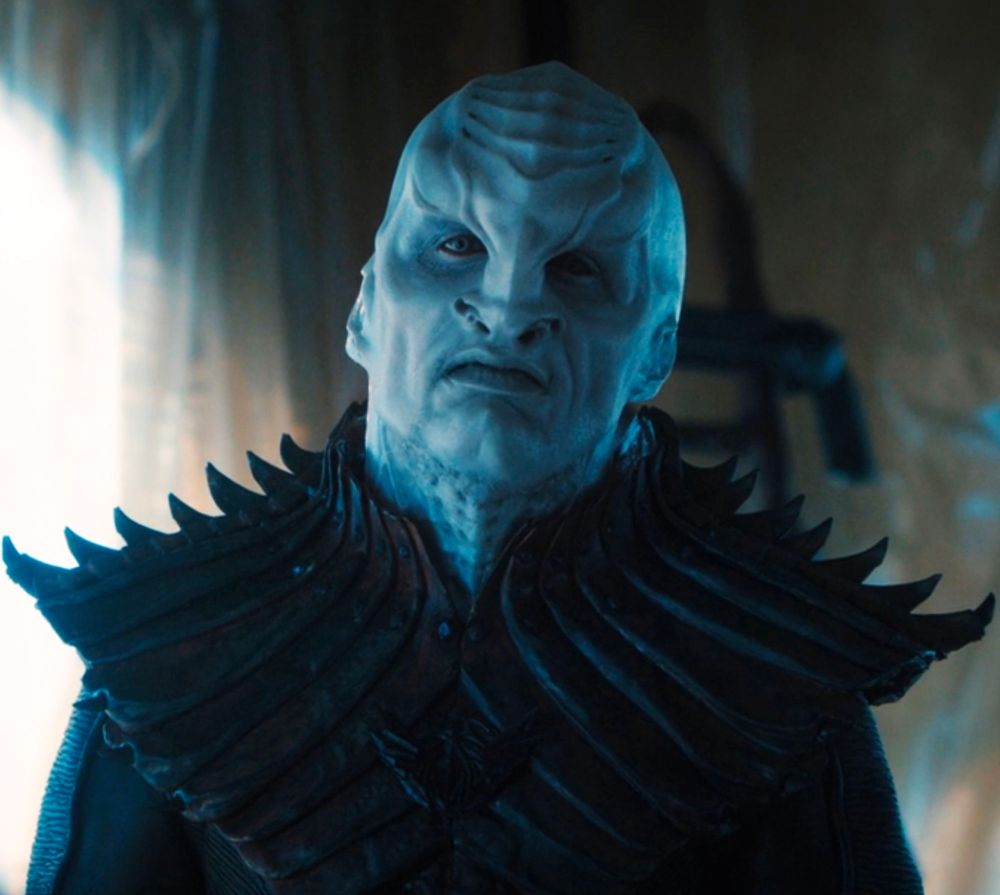 Being secretive and divisive might be how the world might call very Voq and in fashion. Yet, when is comes to being united, you need  solid trustworthy people surrounding you. These people can’t hide under an mask. The truth always comes out. Hiding our real selves doesn’t solve an issue. Coming clean is a start. There are no guarantees that you will fix every problem, but at least there are no more hidden agendas. That gives everyone a place to start rebuilding relationships or knowing to move on and make a new start.

Do we all have a Voq under our skin? Or playing a part someone else was meant to? How can we do a better job to first remove our masks to see clearly the real face of others?