I would argue, that from what I have seen so far, both from Civil War and the trailer to Spider-Man: Homecoming, that Tom Holland is the Goldilocks of the three incarnations of Spider-Man.

Tobey Maguire #1 (too cold): I like the story in the original and I thought that he was believable as Peter Parker the nerd, but he seemed too subdued. He just remained to shy and meek, even after he garnered his powers.

Andrew Garfield #2 (too hot): I just didn’t like where the story was going with him. He’s a good actor, but he was just too cool. He never really brought out the nerdy part in Peter Parker for me.

Tom Holland #3 (just right): He epitomizes what I think of when it comes to Spider-Man, a combination of that Peter Parker nerd, and the Amazing Spider-Man.
Not only does he look the part (like a sophomore in high school, even though he is 21), he somehow through his acting, is able to capture that balance of Peter Parker the computer/science geek who is enamored with his new abilities and that certain graceful confidence that Spider-Man possesses. 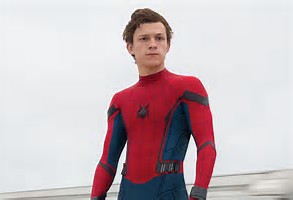 You get a wonderful glimpse of this balancing act in Civil War. He jumps right into the fray without hesitation, against the world’s foremost superheroes, and behaves as if he has been fighting alongside them from the beginning. Yet, he has that certain innocence, having back-and-forth conversations in the middle of fights, and at times, he is in complete awe of his adversaries’ powers. You also see his nativity deferring to Tony Stark, trusting in everything that he tells him.

Tom Holland brings to the big screen that youthful energy, drawing you in with his loquacious humor, but at the same time making you feel as if Peter Parker/Spider-Man still has a lot to learn. He embodies this roll in exactly the manner I think the character of Peter Parker would: as a guy who builds computers and reads books and would like to play football, but shouldn’t now, because he didn’t before.

Spider-Man is able to hang with the likes of veterans: Cap, Iron Man, Black Widow, and Hawkeye and I believe that Tom Holland has the acting chops to do the same with the men and women who play those characters. He is still a kid, both as Spider-Man and as an actor, and has more room to grow. But, so far, both Peter and Tom, have been AMAZING!