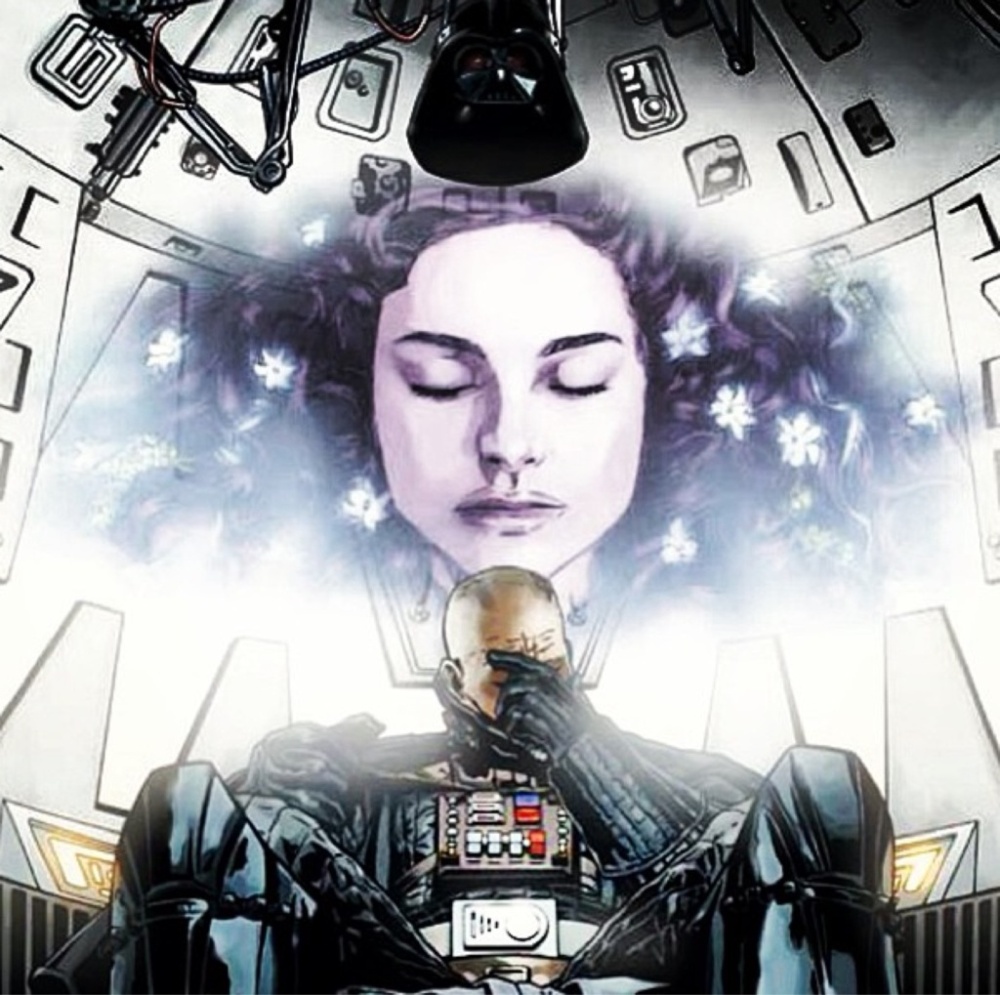 One of the major themes that George Lucas brought up in his Star Wars universe was  two opposing forces who have to coexist in time and space.  These two entities are polar opposites that are excepted by Jedi and Sith, Empire and Rebels, Humans and every other species alike. Man and Machine are nothing alike and depending on your view of technology, they can incite war or intimate bed fellows. The question is who controls who?

Rogue One has many examples of man’s relationship with technology. Some have made man’s life better but other users have lost their humanity in the process.

Meet Saw Gerrera. He is as Rebel Extremist whose body has been broken by a life time of warfare. We don’t know why he has robotic legs, and a needs intermittent respirator mask. In this case technology, has extended his life so he can keep fighting for the Justice he is seeking. He uses machinery to give his last…breath for the cause.

Meet Director Orsen Krennic He is a man who seeks power and recognition. He uses humans, such as his friend, Galen Erso to build an unnatural machine Wherewith to display his grasping strength. He uses technology as a means to rule and reign over others.

Others like Grand Moff Tarkin wants to exchange their human heart for one that can’t die. Being a frail man in body, Tarkin sees the Death Star as the heart he wishes was beating within him. This man is willing to lose his humanity for a chance to live a longer more powerful life. 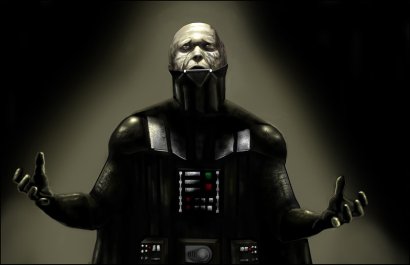 Darth Vader needs no introduction. He is a man whose body was broken and now mechanized more than other humans. In this dark twisted shadow of his former Jedi self, the real embodiment of the war between man, machine, and the spirit is raging. There is a war of good and evil in mind and body within this conflicted hybrid of man and machine.

Let me share a new character who comes from the opposing side in two ways. K2-SO is a very opinionated reprogrammed droid that once worked for the evil Empire. Ka-too got a fresh start to help the heroes and maybe undo some of the damage he was designed to do. Better still, this embodiment of a machine showed that character and bravery transcends the human condition. In other words, don’t assume that all people are good and everything related to technology is anti-human and evil.

Lucas opened up an issue that began a long time ago in our galaxy and planet as well. Man created technology to aid and assist his work. Like anything in all creation, it can go wrong with misuse and work well with a healthy balance. I look at the rise of technology as time passes. My job asks me to learn how to manage technology and how it benefits people. My prayer for all of us is we allow God to be the real force that puts life into as flesh and blood. As we interact in whatever kind of world we face, technology, digital, or face-to-face, that we keep our humanity intact and our spirit alive.