“It’s logical for Mr. Chekhov to stay on the ship and me to rescue the crew on Altimit.”

“Why is it logical Spock? ”

“Because Lt Uhura is the here.”

What would Star Trek be without a little romance? We who are classic (as I have heard it referred to as the Prime Star Trek, series) Star Trek fans are used to seeing Kirk be the center of and romantic story lines. Now in the reboot we are treated by a more off beat and complicated romance with Mr. Spock and Lt. Uhura. What a mixture of logic, emotions, and duty is intertwined with these two.

Spock and Uhura are in the midst of another issue as we set course in Star Trek Beyond. Spock has received some life-changing news which ignites his sense of duty to his people. This prompts Uhura to return a special token of their love, to break off their relationship. Before they officially go their separate ways emotionally, the Enterprise goes through a physical break up, sending the two of them on different destines.  This time apart changes our two love birds. Spock’s time of soul-searching brings about his logical conclusion that love is worth fighting for. And I think Uhura learns that their complicated love is something that grows and deepens in ways that are logical and make sense in time.

Spock is saved while searching for Uhura, only to have her save him from a phaser shot.

“Clearly I am here to recue you,” Spoke replies. 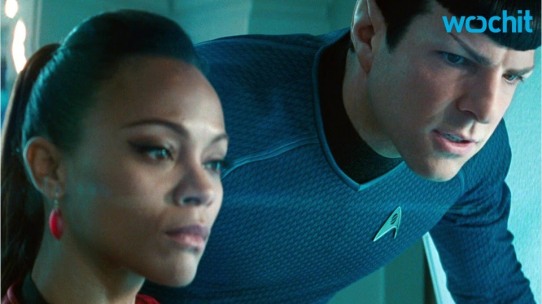 How have struggles made your relationships better, richer, and more real? Is there someone on your life that God has used to mature you and make you a better person? Have you found that love has its own logic that just makes perfect sense?